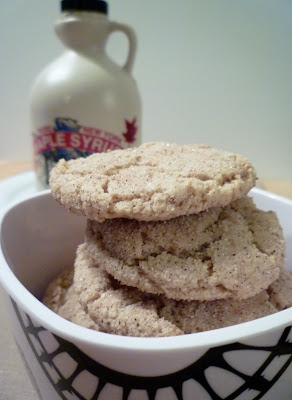 Cinnamon. Sugar. Soft. Chewy. Those are four words that help explain why I enjoy snickerdoodles. I have to admit that I haven't always loved snickerdoodles though. Gasp! I don't ever remember my mom making snickerdoodles; if she had, I know I would have fonder memories of them because she's an amazing baker. :) The only times I remember having snickerdoodles they were hard, not soft and chewy, and they weren't too flavorful. I don't know whose snickerdoodles I was eating, but I didn't really love them. :(
This all changed a few years back when I discovered a great recipe for snickerdoodles that uses cake mix to make them. Yep, cake mix. Those of you who know me or have been reading my blog for a while know that I have used cake mix to make cookies many times. When you're short on time, cake mix cookies are perfect to whip up a batch of yummy treats really quickly. Don't worry so much that they're not from scratch. Every good cook and baker needs shortcuts from time to time. :)
Back to my snickerdoodles story... So since I have been using the great cake mix snickerdoodle recipe, it's been nice to know that they can be soft, chewy, delicious, and cinnamon-sugary. Score!
Last week I was trying to decide on a new cookie recipe to make to bring to my sister, Melissa, for her birthday. I considered whipping up a quick batch of cake mix cookies (I always keep cake mix on hand for this purpose!), but I wanted to make something from scratch instead. Melissa looooves maple (you already know this if you read my May 6th edition of Friday Favorites), so my focus was on a cookie made with real maple syrup. I was short on time though, so it had to be something simple. Thankfully, I stumbled upon a great recipe for maple snickerdoodles. The recipe called for only a few ingredients, was easy, and took almost no time to make. And the other obvious great quality of this recipe? It made cookies that tasted deeelicious! They were not heavy on the maple flavor though, so if you're hoping for a strongly maple-flavored cookies, these may not be for you. The maple was subtle, yet still detectable. The cookies themselves were the perfect texture in my opinion; they had just the right level of chewiness. And the cinnamon sugar flavor was wonderful. I'd describe these maple snickerdoodles as a "comfort cookie." :) 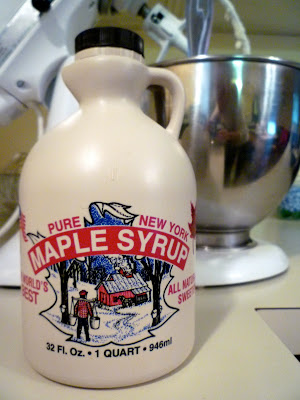 (did you notice that you can see my reflection in the mixing bowl in the above picture as I'm taking the picture? too funny)
Here's the recipe for you (I found it on AllRecipes): 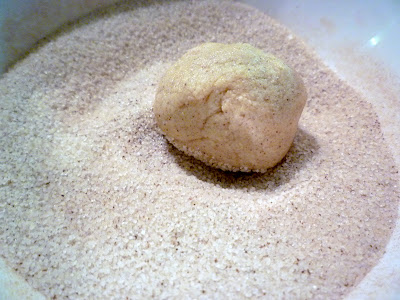 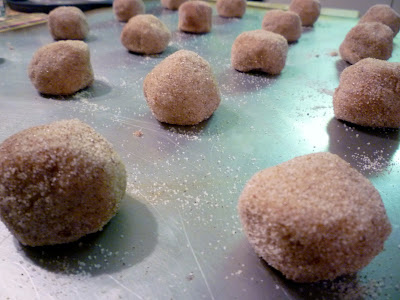 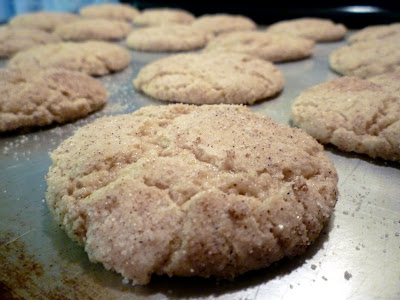 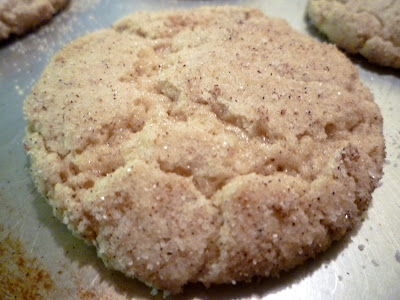 The last picture above shows that the cookie, fresh out of the oven, still looks a little wet in the middle. This is okay, as that will go away when the cookie cools, but it will still allow the cookie to be nice and soft. 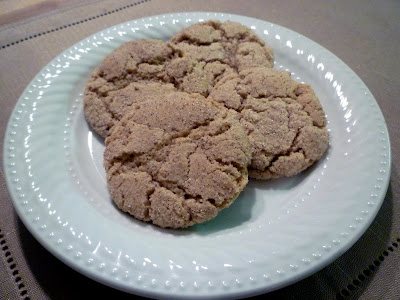 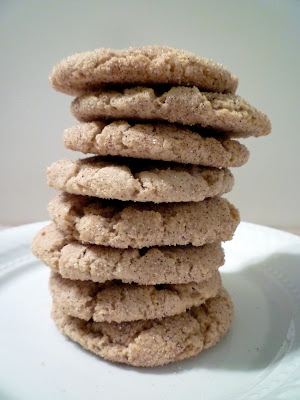 I enjoyed a few of these on my own but was also able to have enough self restraint to give the rest for Melissa for her birthday. :) She loved them too! Snickerdoodles, either the cake mix version or this maple version, are definitely here to stay in my kitchen.
Do you have a favorite snickerdoodle recipe?! If so, I'd love to hear about it!
Posted by Colleen at Saturday, May 14, 2011