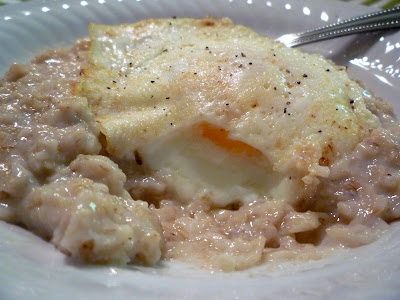 Egg over oatmeal? I bet you're wondering what kind of recipe this is going to be... Well, to be honest, it's not really a "recipe" but more of a suggestion to add a new idea to your breakfast options. :) I actually don't remember where this idea came from, but I had heard about someone else making this and I thought it'd be fun to give it a shot! I've made this several times for a tasty and filling weekend breakfast over the past few months. I never take the time during the week to actually cook breakfast. This would really only take about 10 minutes more on a weekday morning, but that's 10 more minutes I could sleep... ;-)
Here's what you do:
1) Cook oatmeal on the stove.
I typically make regular, old fashioned oats according to the directions on the container. You could use steel cut oats as well. I suppose you could use instant oatmeal but I prefer cooking regular oats myself... Oh, and I tend to put in half milk and half water for the liquid when I cook oatmeal.
2) Cook an egg.
3) Put the egg on top of the oatmeal.
4) Eat and enjoy.
:) 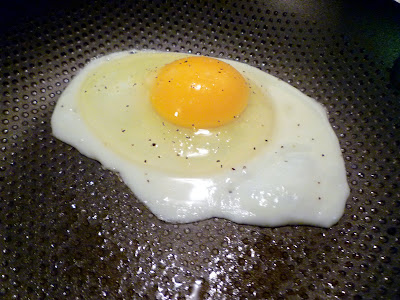 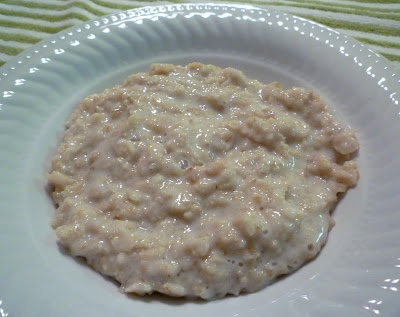 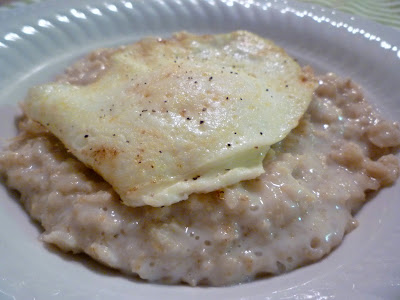 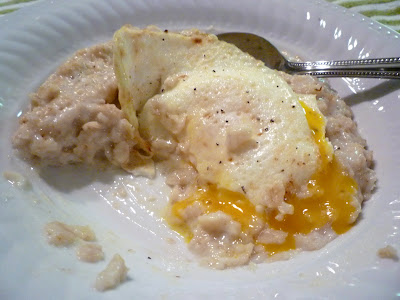 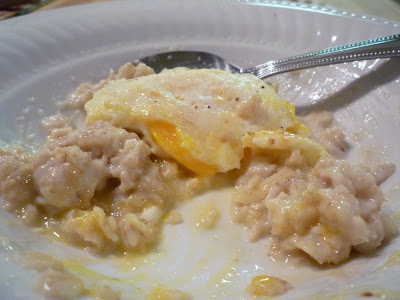 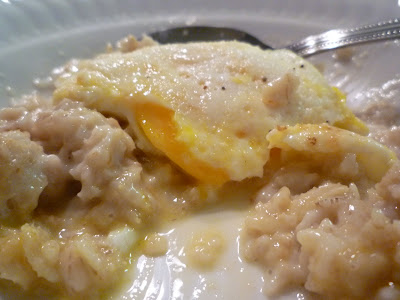 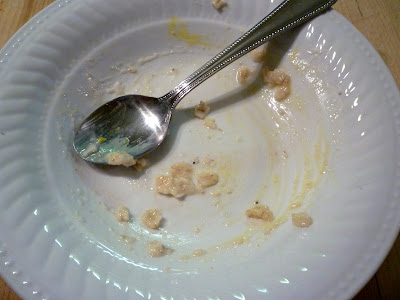 As you probably noticed in the pictures, I put some ground pepper on my egg (and a teeny bit of salt too). I like to keep my egg pretty simple; I usually cook it over medium (so that it's slightly runny) on the stove and add s & p - that's about it. I like to have a little bit of egg and oatmeal in each bite I take. It's kinda fun to mix it all together...
I realize that when you do mix it together though it isn't the most aesthetically pleasing breakfast :), but it really does taste great. I promise! It's difficult for me to describe why this tastes good though. To many people, egg and oatmeal probably seems like a weird combination. I initially thought it might not taste all that great, but I was so very pleasantly surprised the first time I had it. The flavors really blend well together!!
This is generally a pretty healthy and filling breakfast too. You could probably add ketchup or salsa or any other condiments that you normally would like on eggs... So far I haven't done that though. I tend to stick to what I know (in general in life!), but maybe one of these days I'll change it up.
Give this fun, new breakfast a shot and let me know what you think! I really think you'll like it! :)
Posted by Colleen at Sunday, May 15, 2011