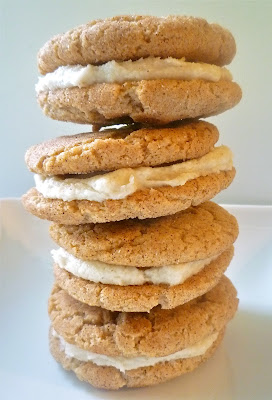 I love maple syrup. The funny thing though, is that I used to not like it. What??! When I was younger, I chose to put butter on my pancakes but no maple syrup. I liked the flavor maple when I was younger though, so I'm really not sure what my problem with syrup was. All I have to say now is it's a good thing I've gotten over it!! I now love putting maple syrup on my pancakes and waffles, and I also love baking with it! On the blog thus far, my maple-themed recipes include maple date bars, maple date scones, pumpkin maple oatmeal cinnamon chip muffins with maple pumpkin glaze, zucchini whoopie pies with maple buttercream filling, apricot maple chicken, and maple snickerdoodles! Phew. That's a lot of maple.

This recipe came about because a generous friend of mine recently gave me some awesome, pure maple syrup straight from the wonderful area of the Adirondacks in upstate New York (where I come from ;)). She gave me grade B syrup, which is darker and a bit more intense in its maple flavor than grade A, making it great for adding an enhanced maple flavor to baked goodies. It was perfect for these deeelicious maple snickerdoodle whoopie pies! 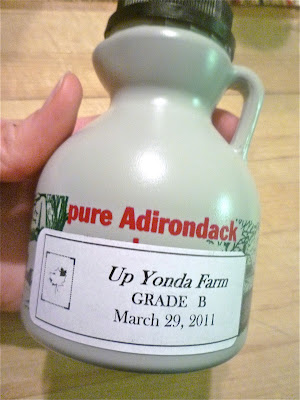 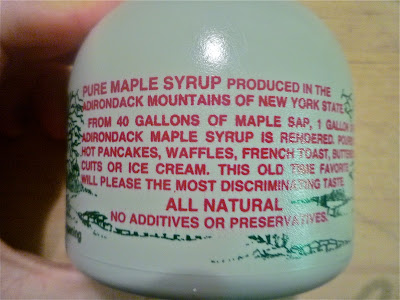 Below are the recipes for both the cookies and the maple cinnamon buttercream filling. Hope you don't mind, but I just copied and pasted the snickerdoodle recipe from my post last year. :) The recipe for the filling comes from an awesome little cookbook I have that's completely dedicated to whoopie pies! The recipe is for just maple buttercream, but I added some cinnamon to it. 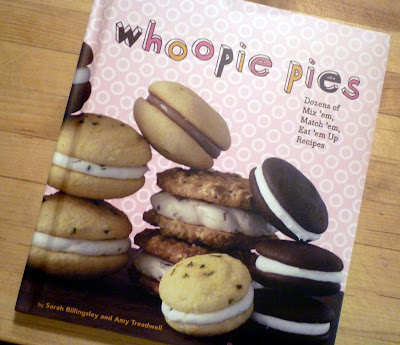 In the work bowl of a stand mixer or with a hand-held electric mixer, beat the butter on low speed until creamy. Add the sugar, 1/2 cup at a time, with the mixer on low until incorporated. Add the milk, maple syrup, and cinnamon, and beat on medium for 3 to 4 minutes, scraping down the sides of the bowl periodically.

Match up two cookies that are roughly the same size, spread a generous tablespoon of filling on one cookie, put the other cookie on top, and you're good to go! 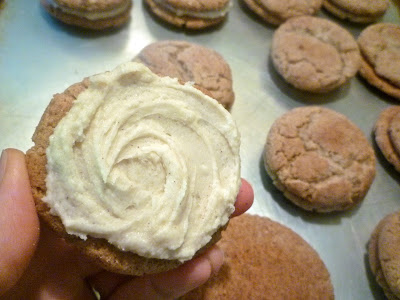 These whoopie pies were a huge hit among the friends and coworkers I shared them with. And I was a pretty big fan of them myself! 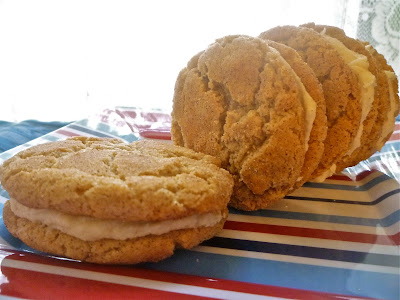 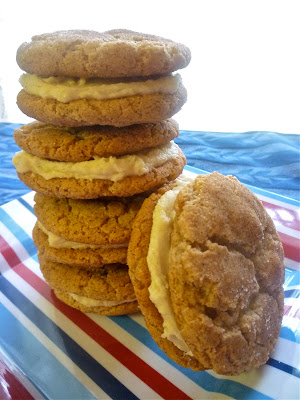 I would absolutely make this recipe again in a heartbeat. And now that I have a lot of quality maple syrup from good ol' upstate New York, I just might!! 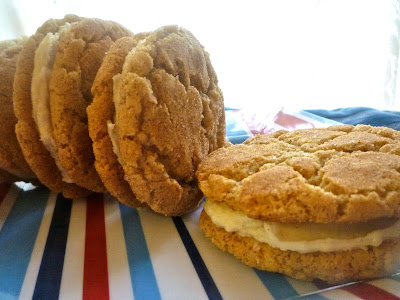