It's Like Being a Kid Again: Chocolate Pudding Pops! 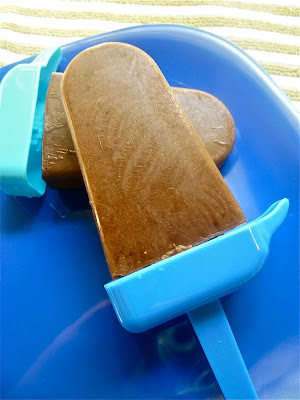 Pudding pops. Don't they remind you of being a kid? Gosh, I loved pudding pops. I also loved popsicles, but honestly, I think that if I had to choose, pudding pops would win over popsicles for me. There's something about the creamy texture of pudding that I just love... 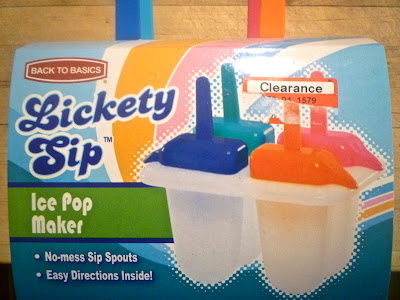 Well nowadays, thanks to awesome little contraptions such as these "ice pop makers" that I have, we can all make our own pudding pops at home!! I got my ice pop molds at Target (well actually, my mom got them for me at Target - thanks, Mom!! :)), and I've seen them at many other stores too - all different brands, shapes, sizes, etc. 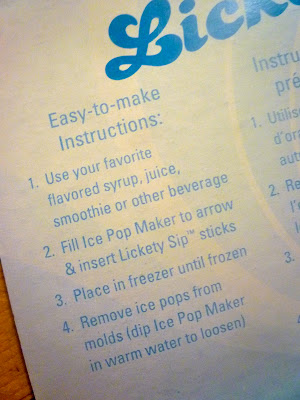 Could these instructions get any easier? I don't think so! 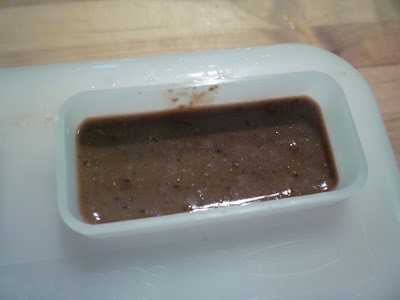 For these particular pops, I took the simplest route possible, and I just made Jell-O chocolate instant pudding (by mixing together the pudding mix and milk according to the box's instructions) and poured it into the molds. THAT IS ALL. 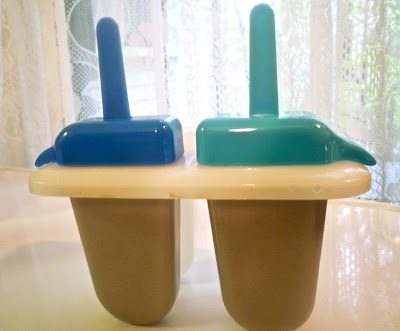 Once the pudding mix is in the molds, put the tops on and pop them (ha, no pun intended - really!) in the freezer!

I'm actually not sure exactly how long they take to set since every time I've made them, I've left them to freeze for several hours overnight (but I'm sure they don't take quite that long in reality to freeze all the way through). 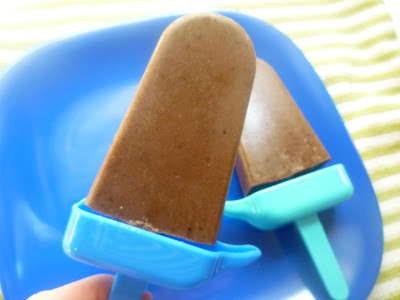 These were a favorite snack of mine this week after work. It's totally like I'm back to being a kid and having a snack after school! :) 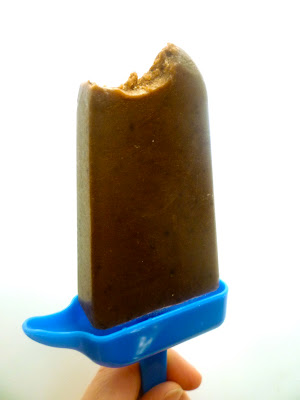 With the summer months and warmer temperatures fast approaching, you can bet that I'll be keeping these in mind as a cool, delicious treat for those hot summer days. 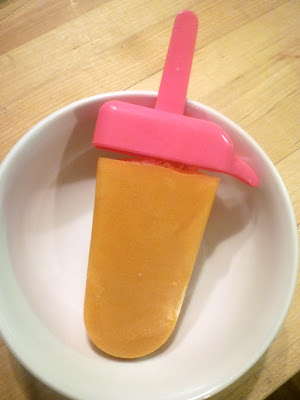 Oops! Since we're pretending we're kids again, should we play a little game called "Which one here doesn't belong?" haha. Wasn't that game on Sesame Street?! Any other children of the 80's out there know what I'm talkin' about? Weren't the lyrics something like "one of these things is not like the others..."???

Anyway, back to the point at hand; I had previously made some butterscotch pudding pops too and snapped a pic of one. 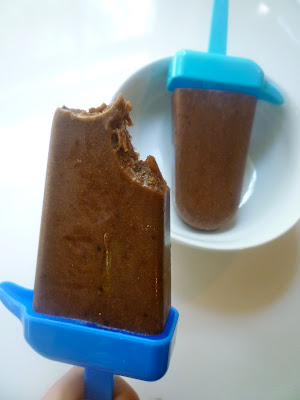 Now that I've tried pudding pops, the next type of frozen pop I plan to try is going to be "smoothie pops"! I think I'll try making one of my usual fruit and yogurt smoothies that I make and pour it into the molds. Ooooh, I bet it's going to be so good!!!