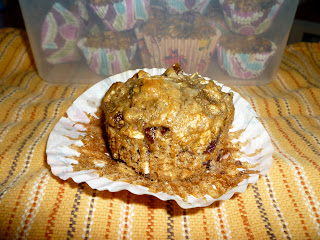 Why hello there! I am back. :-D I apparently took a pretty long hiatus from blogging. Oops! It wasn't intentional; I recently moved, so that took up a LOT of my time and I haven't even had a few seconds to think about blogging! That doesn't mean I haven't been baking though. ;-)
This recipe for morning glory muffins was the last baked good I made in my previous home. Maybe my next post will be the first item I made in my new home! I really liked these muffins. They are a Cooking Light recipe (always a plus), and they're hearty at the same time too. The recipe I generally followed is here, but I made some additions and changes (would the Barbershop have it any other way?!). Here's what I altered:
For the yogurt, instead of plain I used banana flavored (of the light, store-bought variety). The original recipe calls for dates, walnuts, and dried pineapple...  But I used about 1/2 cup chopped dates, 1/2 cup sliced almonds, and 3/4 cup pomegranate craisins (which are amazingly delicious, by the way!). Also, the recipe instructs you to sprinkle ground flaxseed on top of the muffins; instead, I used 2 Tbsp. whole flaxseed and put that in the muffin batter. I also added approximately 1 to 2 Tbsp. skim milk to make the batter a bit more moist. Oh, and how could I forget? I also added about 1 tsp. of cinnamon. I couldn't believe this recipe didn't call for cinnamon, one of the best spices ever!!
Otherwise, I followed the recipe as is. ;-)
Picture time! 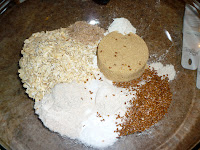 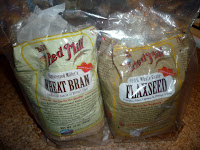 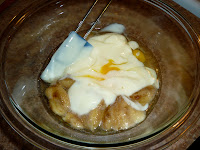 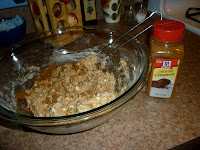 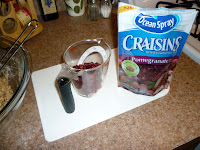 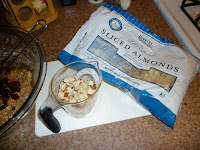 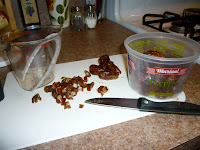 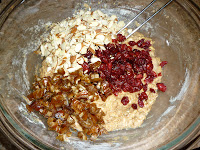 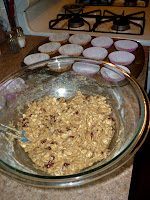 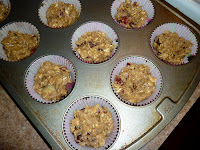 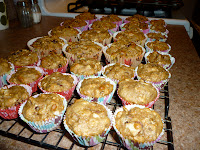 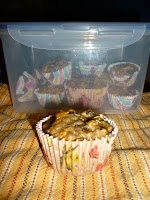 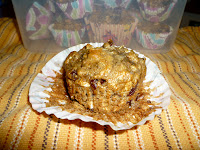 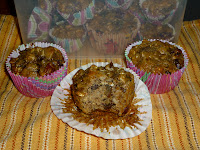 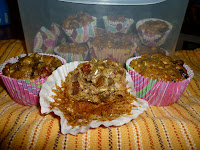 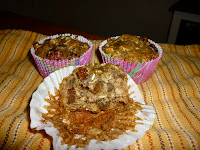 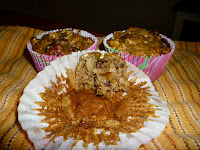 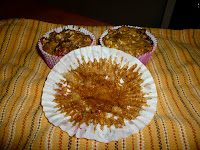 Don't the ingredients inside look so yummy?! This was a pretty dense muffin. I mean, it practically has everything but the kitchen sink in it!! It's a great recipe for the fall or winter when you're looking for something a bit on the heartier side.
This made about a dozen regular sized muffins and 20 mini ones for me. Love those bite sized mini ones. ;-)
Hope to see you again sooner than later. I have several recipes waiting on deck for you!
Posted by Colleen at Sunday, December 12, 2010