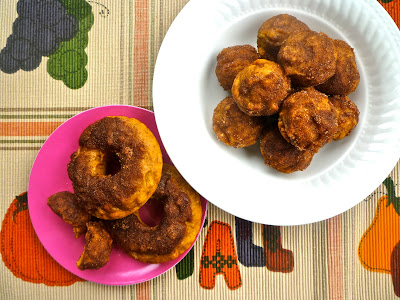 Helloooo! Do you remember me? I'm the girl who loves to bake and has the Barbershop blog. I've been rather MIA lately, and although I've had every intention to blog, my schedule has not allowed it at all! So now that I finally have a few minutes, I wanted to bring you this awesome new recipe that you are going to loooove.

A couple weeks ago I made these pumpkin donuts and donut holes, thanks to a wonderful recipe from Sally's Baking Addiction. Sally actually calls them mini cinnamon sugar pumpkin muffins, but I thought they seemed quite a bit like donut holes, so that's what I'm calling them. :)

The recipe was incredibly easy! You could easily whip these up on a weekend morning and enjoy them for breakfast with your family. And I highly recommend that you do that this fall. ;)

*Sally's recipe actually calls for 1 tsp. of pumpkin pie spice. I didn't have this, so instead of adding it, I increased the cinnamon from 1 tsp. to 1 and 1/2 tsp., and I also added in 1/4 tsp. ground cloves. I thought the donuts had plenty of flavor with these spices, but I'm sure you could vary the combination of spices to match your own liking and they would be delicious!

Preheat oven to 350 degrees. Spray mini muffin pan with nonstick spray. In a large bowl, combine the flour, baking powder, salt, cinnamon, nutmeg, and cloves; set aside. In a medium sized bowl, whisk together the melted butter and brown sugar. Add the egg and stir for 1 minute. Add the egg yolk, vanilla, pumpkin, and milk. Slowly pour wet ingredients into the dry ingredients. Stir until just combined; do not overmix.

Using a small spoon, spoon the batter into the mini muffin pan, filling about 2/3 to 3/4 of the way full. Bake for 12 to 13 minutes, or until a toothpick inserted into the center comes out clean. If making regular-sized donuts, bake slightly longer, 15 to 17 minutes. While the donuts are cooling, prepare the coating. Combine the sugar and cinnamon in a small bowl. Melt the butter in a separate dish. When the donuts are cooled, dip them into the melted butter and then dip in the cinnamon sugar. When ready to eat, warm the donuts up slightly by popping them in the microwave. They definitely taste better warm. :) 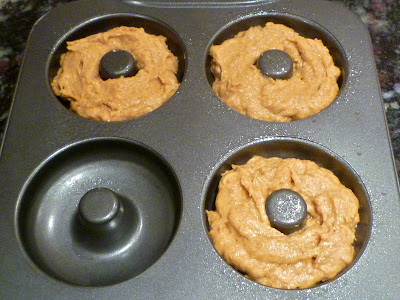 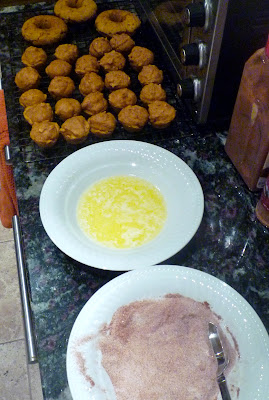 For some of my donuts, I dipped them in this awesome maple sugar. I found this at a great store called Gardenworks, which is located near my home town in New York (Gardenworks is also doing the flowers for our wedding!). I haven't really looked for this maple sugar in other places, but I'm sure it's around. It's a great alternative to cinnamon sugar in recipes like this! 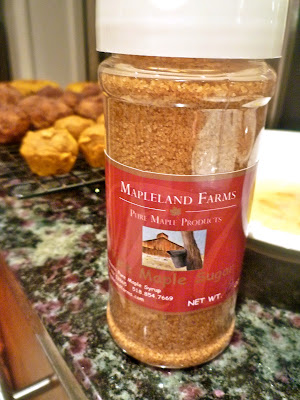 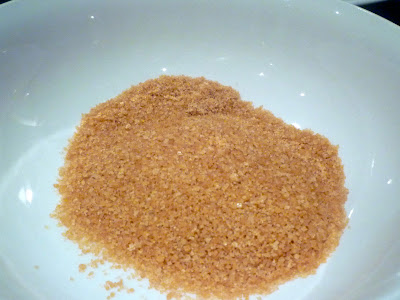 The mini donuts on the right are the ones dipped in the maple sugar. 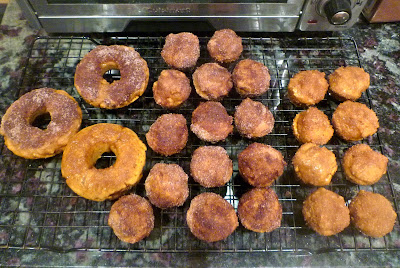 This recipe made 24 donut holes and 3 regular donuts for me. 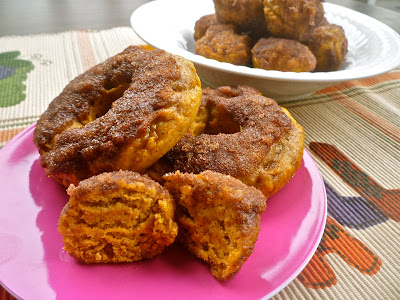 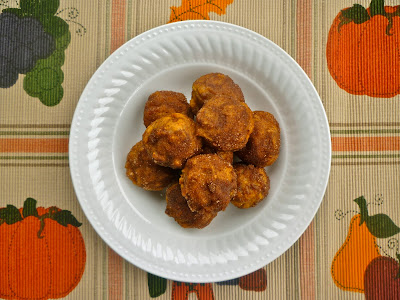 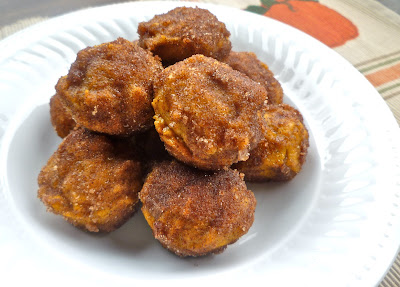 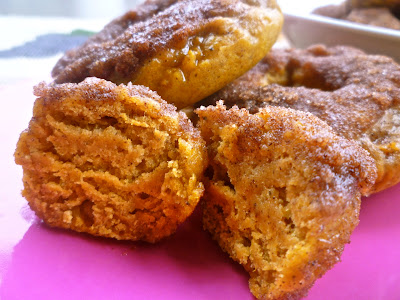 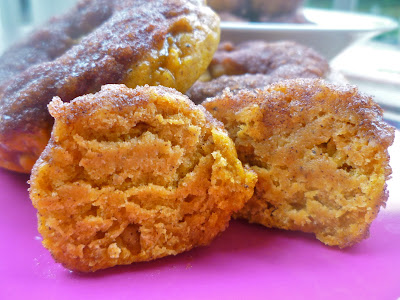 Sooo so good! This recipe will definitely be making another appearance in my house... Actually, it will be making many more appearances. ;) 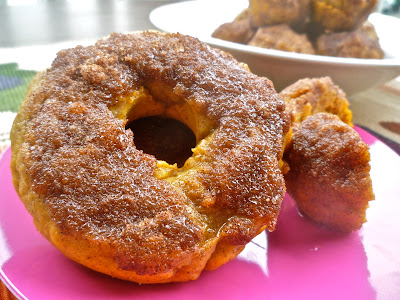 With the wedding now less than 3 weeks away (!!!!), I will likely be blogging pretty infrequently for the next month or so. The goal will be to post at least once a week, so hopefully I can still share a recipe (or something fun, even if it's not food!) with you all over the next few weeks.

Have a great week, everyone!