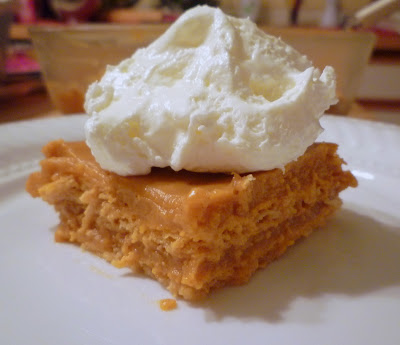 This dessert recipe has to be one of the most simple dishes ever... Seriously. Trust me on this one. Anyone can do it! This recipe is actually the same as my easy icebox cake that I shared with you last year. Essentially it's just a dessert with layered graham crackers, pudding, and cool whip.... Hellooooo easy! I thought it would be more fun to call it pumpkin pudding graham cracker "cake" this time around though. ;-)
Ingredients:
-1 box pumpkin flavored pudding (I used JELL-O's pumpkin spice flavor)
-8 to 10 full graham crackers
-cool whip
Instructions:
Make the pudding according to the directions on the box and make sure it's set before proceeding. In an 8 x 8 or 9 x 9 pan, place graham cracker sheets so that they cover the bottom. My pan was an 8 x 8, and it took a little more than 4 full crackers to cover the bottom. Next, spread half the pudding over top of the graham crackers until it's smooth. Cover with another layer of graham crackers and then another layer of pudding (use the rest of it). Let the dish sit overnight in the fridge (or for several hours) so that the pudding seeps into the graham crackers and makes them soft.

If desired, you can spread cool whip evenly over top of the pudding before slicing the "cake" into pieces to serve, or you can just serve it by putting a dollop of cool whip on each piece. The latter way may be slightly safer just in case someone doesn't care for cool whip! 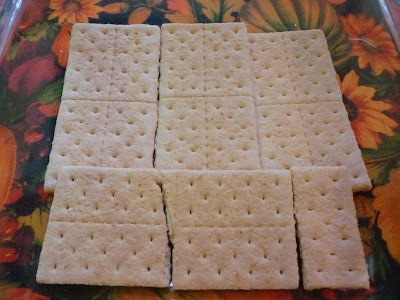 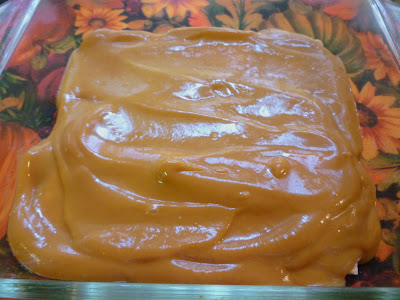 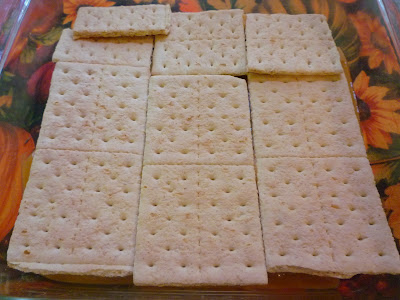 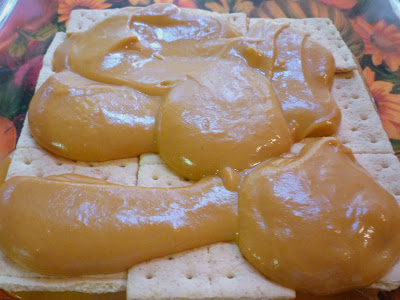 I forgot to take a picture again after I smoothed out the pudding here on the top layer. 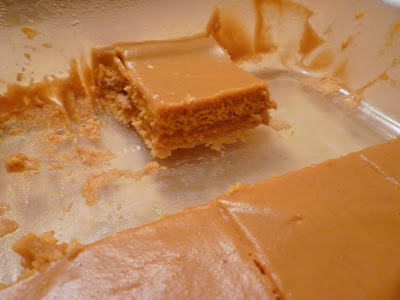 I also forgot to take a picture until half the dish was already gone! Oops. It went fast. :) 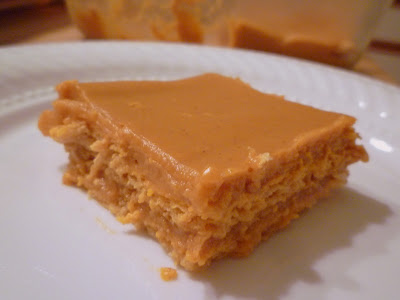 Yummy layers! So simple yet delicious and fun.

You can obviously make this with any pudding flavor you'd like! One time I made it with pistachio pudding and another time I went wild n' crazy and made this with two different pudding flavors...wowzers! And then I even threw in a couple layers of fresh fruit. Yikes! Something must have gotten into me that day. I just went crazy. And it's also always fun to top this with some fun, colored sprinkles or maybe some crushed graham crackers for an added crunchy texture. You can also make this in a larger pan like a 13 x 9, but you may need to use two boxes of pudding with the larger dish and obviously more graham crackers too. :)
Happy mid-week, all!
Posted by Colleen at Wednesday, November 16, 2011