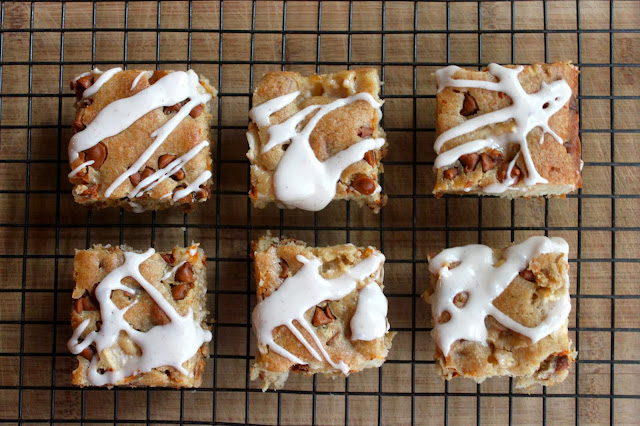 We are right in the middle of autumn in New England, and I am loving it. Cooler temperatures, beautiful foliage, fleece jackets, and apple picking. As October comes to a close though, the apple picking season is slowly dwindling. So, before it gets too late, I wanted to share a delicious, easy apple recipe with you! That's not to say that you couldn't make these apple bars anytime of year, of course. It's just that they're very fall-like, so I think you should make them sooner than later. ;)

The recipe is from a blog, A Farmgirl's Dabbles. I've recently become a fan of her fantastic recipes and beautiful photos. And, in particular, these whole wheat apple bars with cinnamon chips caught my eye a few weeks ago. If you're a regular reader of my blog, it comes as no surprise that I love my cinnamon chips. So these bars were hard for me to resist. And plus, they're "good for you." I mean, they have whole wheat flour and apples in them....

Preheat oven to 350 degrees. Lightly spray a 13 x 9 pan with cooking spray, and set aside.

In a large bowl, whisk together the melted butter and sugar. Whisk in the eggs and vanilla, and set aside. In a medium bowl, whisk the flour, baking powder, cinnamon, salt, and baking soda. Add the dry ingredients to the wet ingredients, and stir until combined. Fold in the apples and 1 cup of the cinnamon chips. Pour batter evenly into prepared pan; the batter will be thick. Sprinkle the remaining 1/2 cup of cinnamon chips on top. Bake for 24 to 28 minutes, or until the bars are golden brown and a toothpick comes out clean (depending on your oven, you may want to check them before 24 minutes). Let cool completely in pan on wire rack.

For the glaze, whisk together all the glaze ingredients. When the bars are completely cooled, drizzle glaze over them using a spoon or a fork. Or you can place the glaze in a ziploc bag and cut off a small corner of the bag to pipe the glaze over the bars. Store in airtight container in the fridge. Makes about 24 to 30 bars. 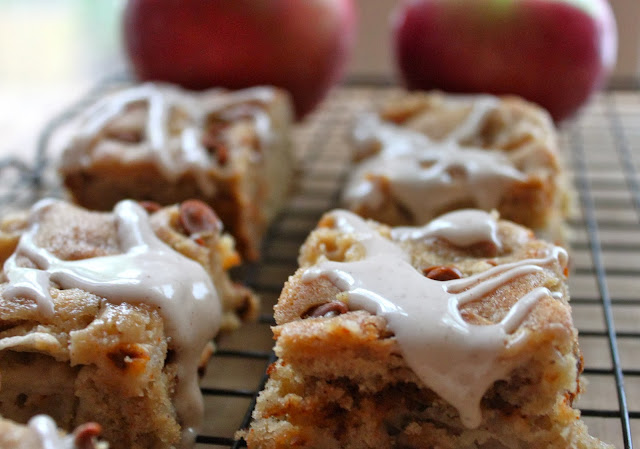 One aspect I loved about these bars was how easy they were. No mixer required and they use normal, every day ingredients. The "toughest" part was peeling and dicing the apples. And heck, if you wanted, you could probably even skip the peeling part. :) And of course, I loooved that they had cinnamon chips in them! My favorite. These bars were definitely cake-like in texture. If you're looking for a more dense bar, these might not be for you. But if cake-like is your thing, these are a must-make for you. When it comes to baked goodies with glazes, I have to admit that I often skip adding the glaze. There are some things that I just think are actually better without the glaze. But these bars? Nope. Totally better with the glaze. I mean, they're delicious on their own, don't get me wrong - but they were better with the glaze I thought! And yes, I taste tested one with the glaze and one without, just so I could provide you with this essential information. ;) 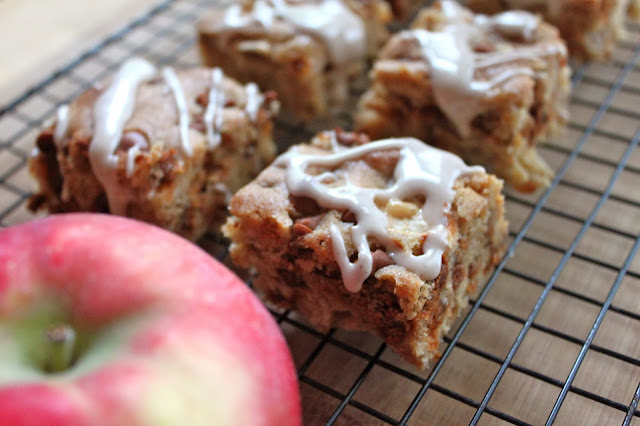 Also, a couple more points to note...  The original recipe called for a cardamom glaze, but I substituted cinnamon since I didn't have cardamom on hand. Simple substitution. I also used milk instead of cream for the glaze. I didn't have cream on hand, and I figured milk would work just fine. And it did! I was also thinking that if you're having difficulty finding cinnamon chips (it can be really hard to find them these days), I bet butterscotch flavored baking chips would be delicious in these bars, don't you think? I do, however, recommend buying cinnamon chips on amazon.com if you are having trouble finding them in the store. Personally, I always have cinnamon chips on hand. They're a staple in my kitchen. :) 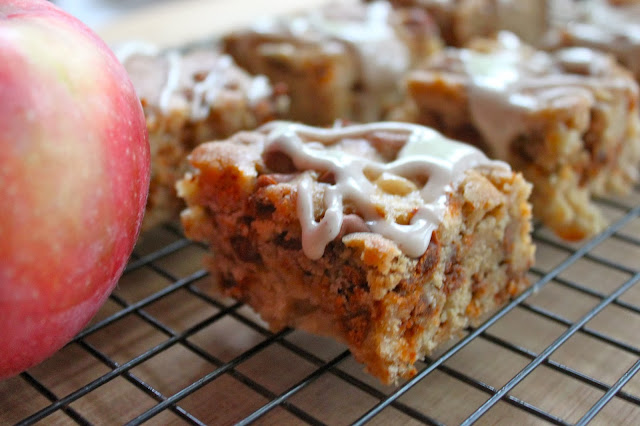 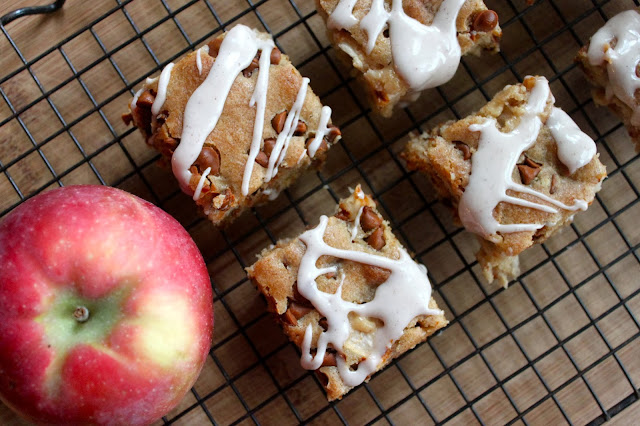 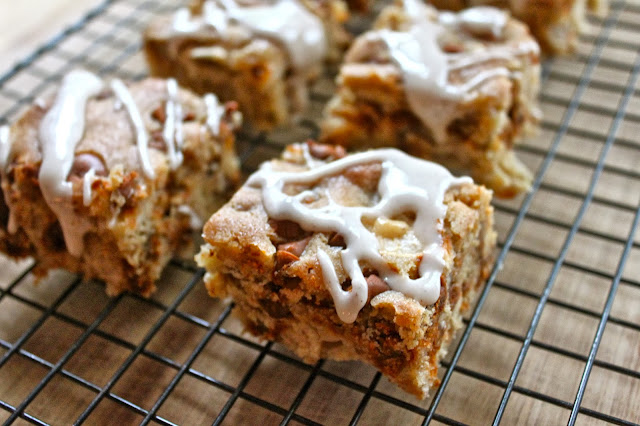 Oh, and the next recipe coming your way from the Barbershop? It also contains cinnamon chips. Just can't get enough!
Posted by Colleen at Tuesday, October 22, 2013