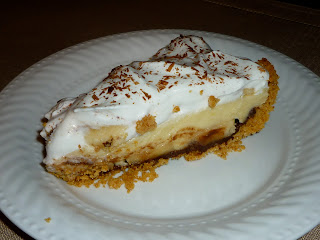 Back so soon?! YES! I am posting just one day after my last post...and that typically means a couple things. 1) I actually have some free time for blogging this week and 2) I am super excited about the recipe I'm about to share with you!!
Last year for Father's Day, I gave my dad a gift certificate for a homemade banana cream pie, which is his faaaaavorite. Well, it's obviously now several months after last year's Father's Day, but I finally got around to making that pie! And I'm so glad I did because it was a huge hit! My parents and aunt were in town visiting my brother and me this past weekend, so I served this for dessert on Saturday evening after we enjoyed a delicious home cooked crock pot corned beef and cabbage meal. :) 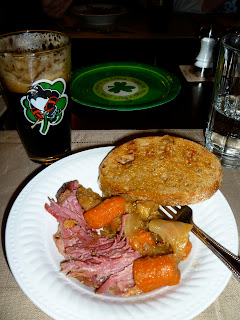 Pie time!
I followed a recipe in one of my favorite Cooking Light cookbooks. The original recipe calls for a traditional pastry crust; however, I did not have the time to put into making a pastry crust, so I decided on making a graham cracker crust! Super easy. Here are the ingredients for that:
-1 and 1/2 cups graham cracker crumbs (approx. 24 cracker squares)
-1/4 cup sugar
-1/3 melted butter
Combine the crumbs and sugar in a mixing bowl, and add the melted butter until everything is well-blended. Press the mixture onto the bottom and up the sides of an ungreased 9-inch pie plate. Bake at 375 degrees for 8 to 10 minutes or until the crust is lightly browned. Cool completely before filling. 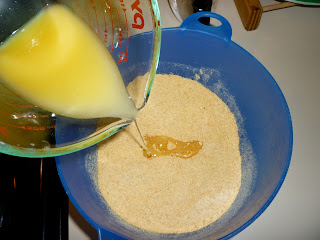 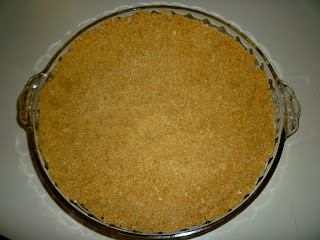 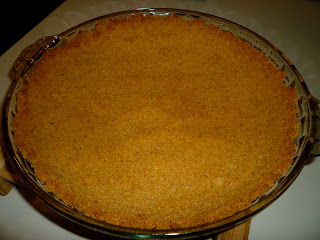 Pie crust done!
Now, onto the actual pie. Although I used a cookbook, lucky for me (to save me some typing ;-)), the recipe I used is also online. You can find it here! As you can see, it receives a 5-star, "outstanding" rating. I would completely agree!!
To start, you make the "black bottom," which is a chocolate pudding. 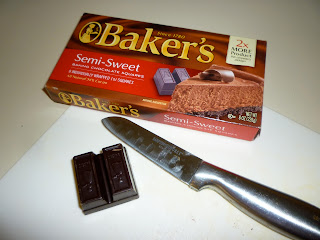 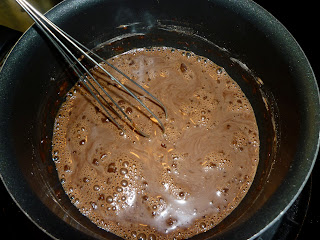 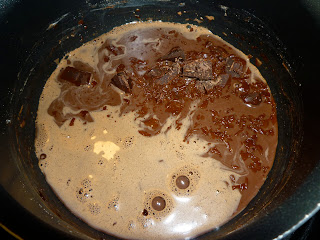 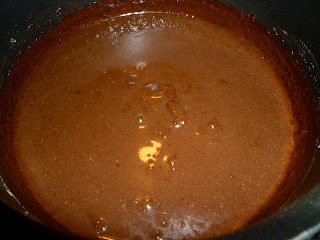 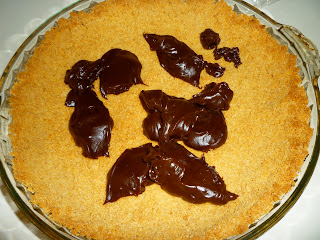 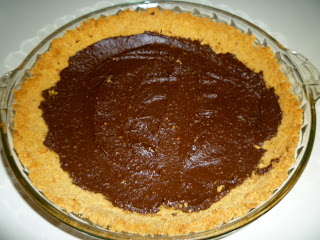 Black bottom done!
Next, onto the custard filling. This is no instant pudding mix, folks! This is the real thing. I have never made a custard from scratch before, and I have to say, it really wasn't that bad! I read through the instructions carefully (and several times!) before beginning. If you've never made homemade pudding before either, I'd recommend you do the same. It's really not difficult, but the steps do need to be followed carefully! 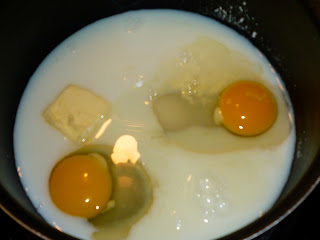 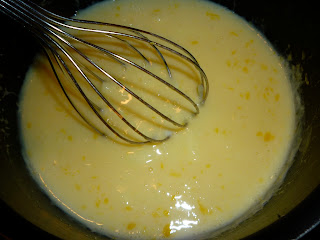 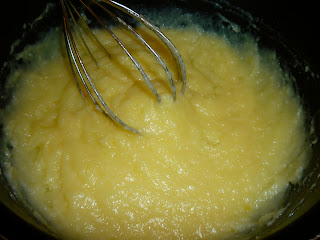 Somewhere around the time when the custard was thickening, I panicked. It had a lot of lumps in it, and I was afraid it wasn't going to smooth out. If this happens to you, have no fear! The lumps magically go away, I promise. I didn't have to do anything special other than continue to follow the directions as they were. 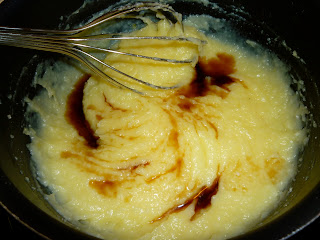 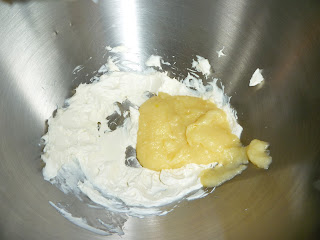 A small amount of cream cheese is added to a portion of the pudding... 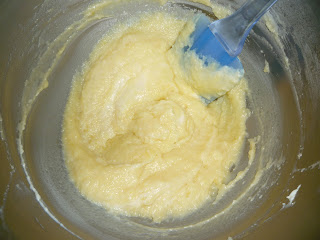 And then the two are fully combined to make the actual vanilla pudding layer. 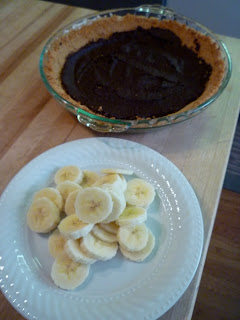 Before adding the vanilla pudding layer, first come the bananas! Yay for potassium! ;-) 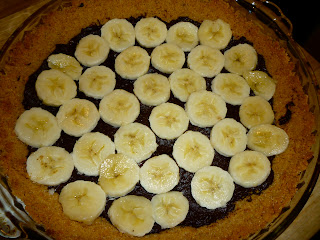 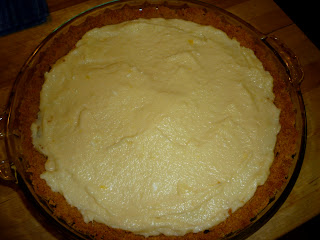 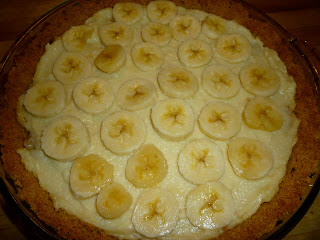 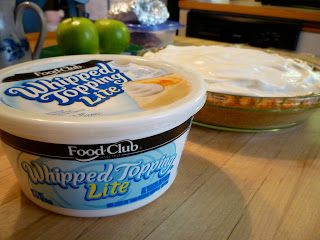 Finally, atop the pudding and second banana layer, I added some light cool whip. 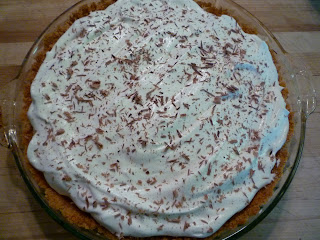 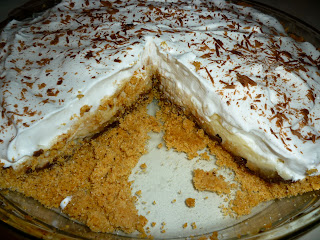 The graham cracker crust stayed together for the most part, but as you can see, there were a few crumbs that didn't make it. Not to worry...those didn't go to waste. It's possible they disappeared into my tummy... 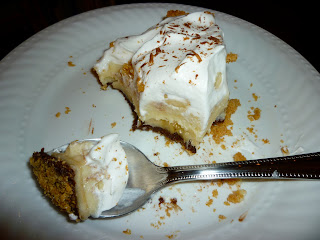 YUM. Seriously. What a dessert. You're going to love it.
Posted by Colleen at Tuesday, March 22, 2011