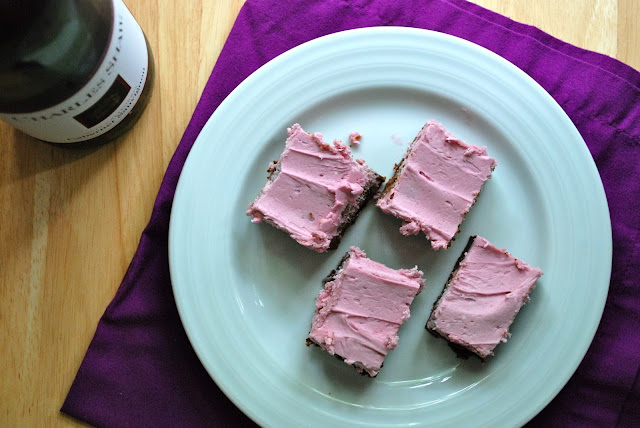 Red wine buttercream frosting. It's something that you need in your life. And preferably, sooner than later. I insist.

This past weekend I was in NY for my cousin's bridal shower, and I was assigned the task of making the cupcakes. I wonder why? :) Well, as soon as I learned that the shower was going to be wine-themed, I started searching for either cupcake or frosting recipes that included wine... And I came across a recipe by Joanne from Eats Well With Others for red wine buttercream frosting. I am a regular follower of Joanne's blog, and I knew that I her recipe had to be good amazing. I was right.

So I actually did a trial run of the recipe before the shower, just to be sure it would turn out well (not that I had any doubts). It's not really a great idea to try a new recipe for the first time for an event like a bridal shower... My coworkers happily obliged when I brought in a pan of homemade brownies topped with a lovely layer of a pretty pink frosting that tasted heavenly. This frosting is smooth and rich, but it's not too rich, I promise. It has the perfect amount of berry flavor to it, thanks to the wine, of course. 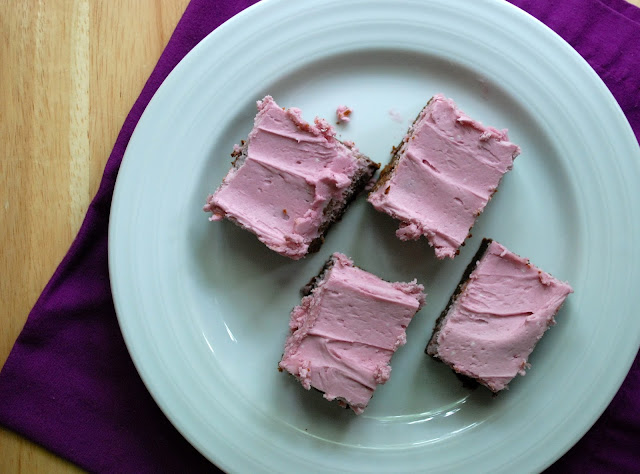 And what wine did I use? I actually used "Two Buck Chuck" from Trader Joe's! Yes, it's true. And it was an excellent choice, I must say. 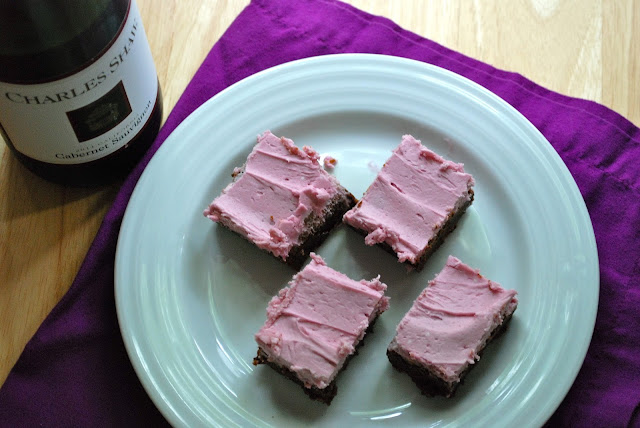 As you can see, I spread a nice, generous layer of frosting on those brownies.... The brownie recipe I used was my all-time favorite homemade brownie recipe. 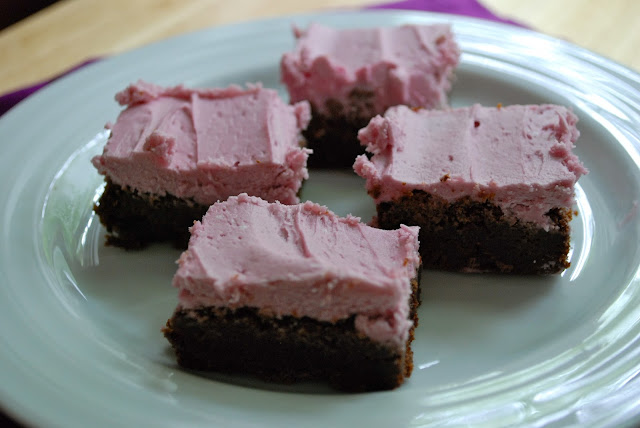 Thanks to a trial run of the frosting recipe that left my coworkers grinning from ear to ear and asking for seconds, I knew I had a winner of a recipe on my hands (thanks, Joanne!).

After my trial run went well, it was time for the real deal! For the bridal shower, I made chocolate cupcakes (using this super easy, delicious chocolate cupcake recipe that I've made previously). And then here are the ingredients for the frosting, finally. Sorry to make you wait. ;)

Place 1 cup red wine and granulated sugar in small saucepan over medium-high heat. Heat and stir until sugar is dissolved. Bring to a boil, and then simmer until the mixture has reduced to about 1/3 cup. Allow to cool completely. You could do this the night before and leave it in the fridge overnight, if you'd like (or even up to a few days). The wine/sugar mixture will be thicker than wine and syrup-like.

In the bowl of a stand mixer, cream together the two sticks of butter and powdered sugar. Mix on low speed at first, gradually increasing to a faster speed once the sugar becomes more incorporated. Mix until fluffy. While the mixer is running, carefully pour in the cooled wine reduction. Add the salt, and mix well until everything is well-incorporated. With the mixer continuing to run, add the two tablespoons of wine, one tablespoon at a time. Mix well until it's thoroughly mixed in.

Spread frosting on brownies, cupcakes, cake, or whatever else your heart desires! This makes plenty of frosting to cover 24 cupcakes or a 13 x 9 pan of brownies (and then some).

Thanks for such a great recipe, Joanne! 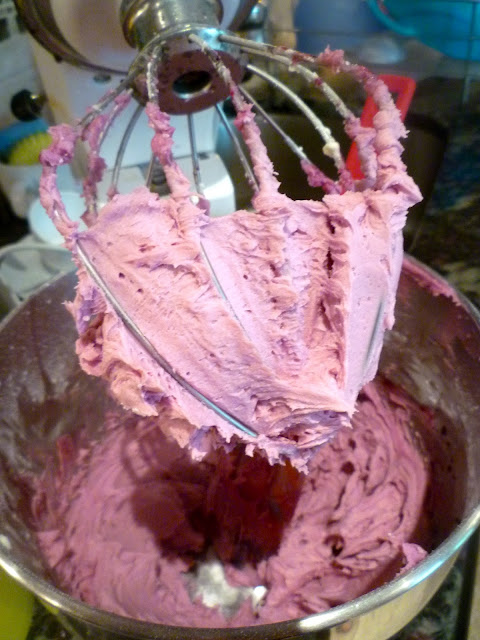 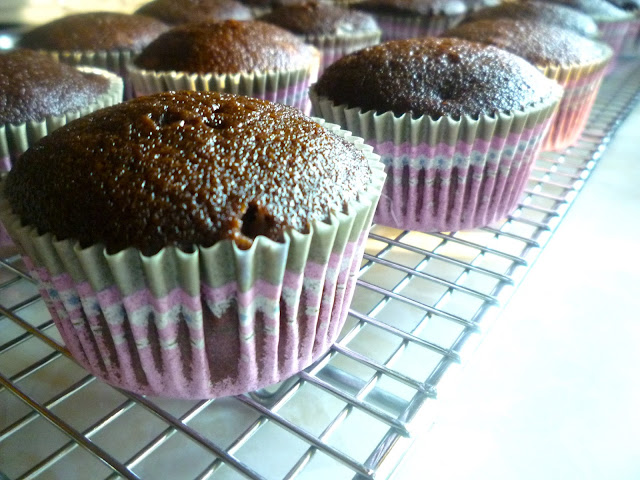 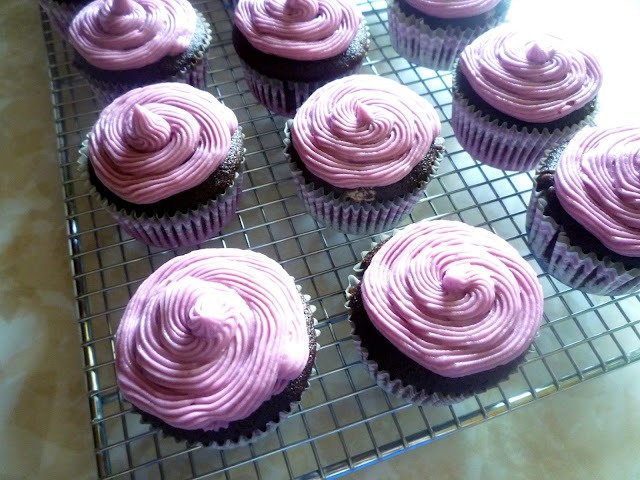 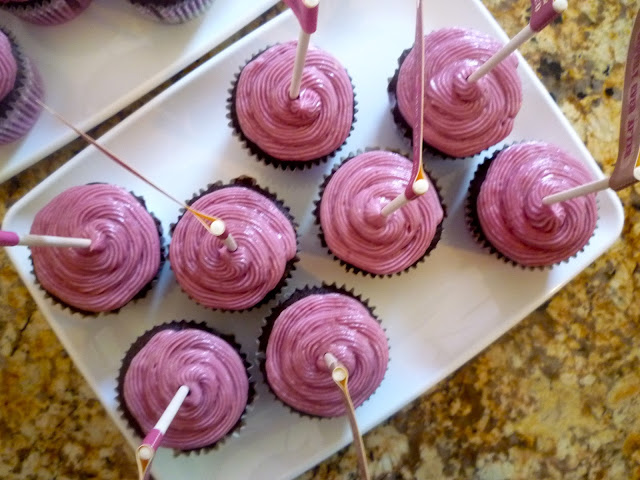 Aren't these little cupcake banners cute? I thought it would be fun to dress up the cupcakes with something different, and I was able to find a template for the banners available to download online from this site. I printed them on a lightweight card stock, cut them out, and then used craft lollipop sticks to wrap the banners around. For each one, I first put a small piece of double-sided tape around the top of the lollipop stick where the flag would go, and then I put glue (gluestick glue) on the inside of the flags so they'd stick together once I wrapped them around the stick. They were really easy to put together! And they were so cute and festive. :) 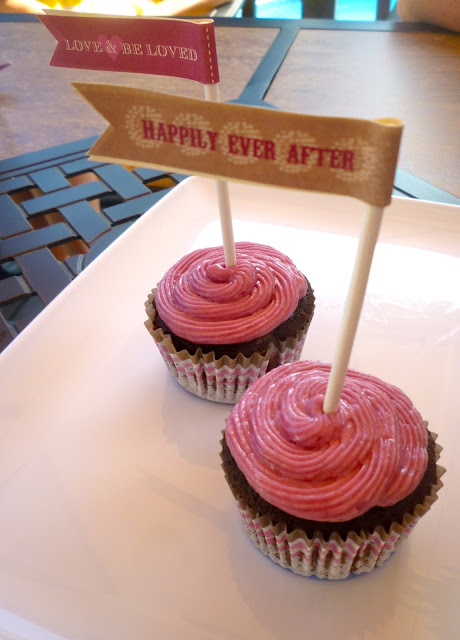 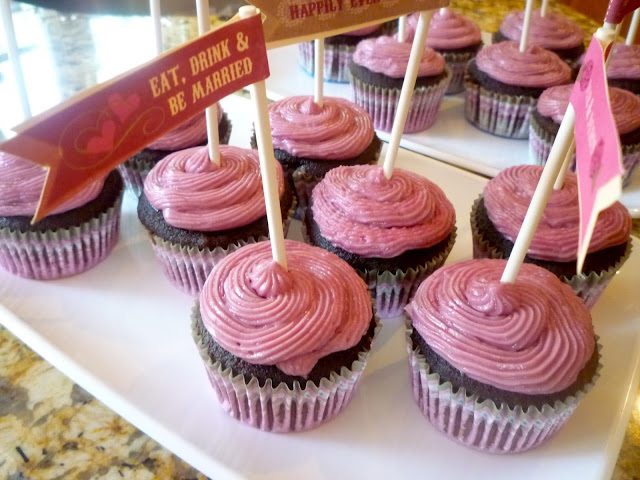 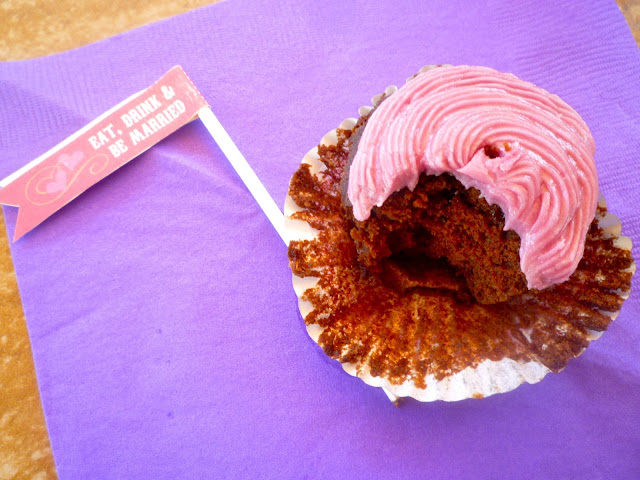 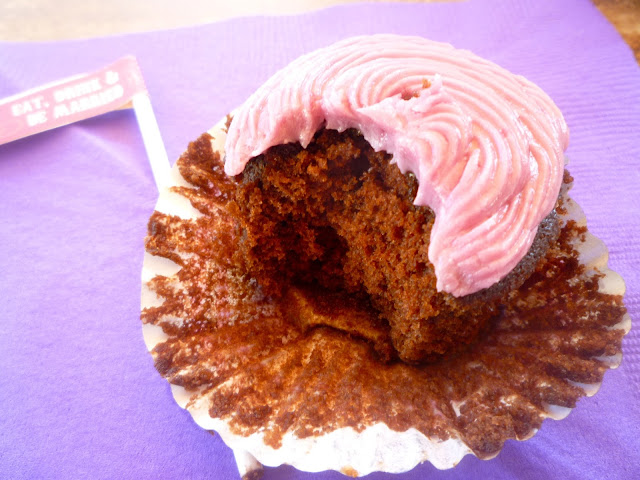 The frosting was a hit at the shower, too, just like it was with my coworkers when I spread it on the brownies. Everyone was asking for the recipe! 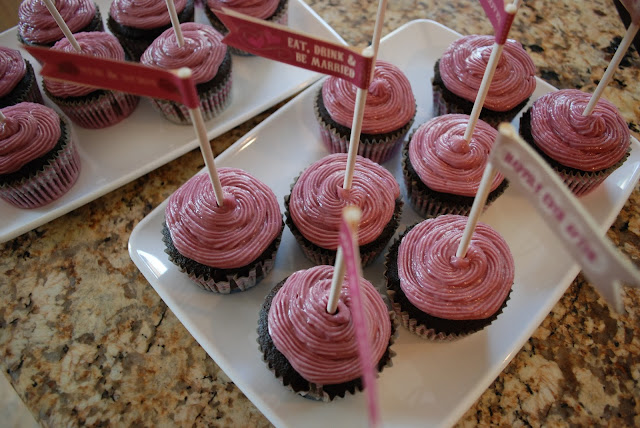 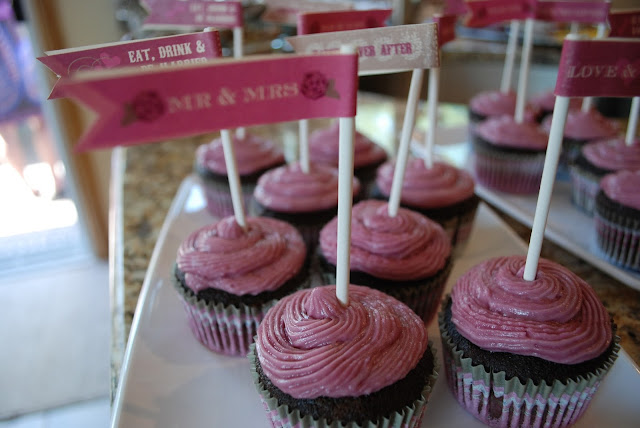 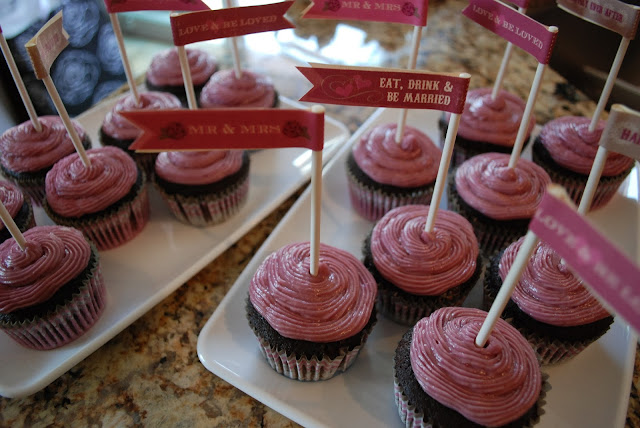